Following its decision on July 30, 1945, to build a central school, the school board that would soon serve all the francophone and anglophone children of the Angliers parish became a pioneer. It was indeed one of the first municipalities in Quebec and the first in Témiscamingue to bring all the children from a village and surrounding rural roads to the same location.

A loan of $40,000 was made from a caisse populaire in Montréal, and an additional $20,000 was granted by the government for the project. The project was led by the school board and supervised by parish priest A. Simard, who was compensated for his work. In July 1947, another loan of $15,000 was required to pursue the project, and another loan in the same amount was made in November of that same year. Mr. Adrien Dufresne of Montréal was entrusted with designing the plans. The building is made of stone and has half-circle windows, which are unique in the region.

The central school in Angliers opened its doors to students in September 1947. A year later, the school board was placed under protection of the law for non-payment of debts, following which the Superior Court named an administrator. Since 1975, the school has been a multipurpose building that houses offices for religious services, municipal offices, Les Promoteurs d’Angliers, the community library, a community hall called Salle Simard and the fire station.

The central school in Angliers is the first in Témiscamingue to have brought students living in the village and surrounding rural roads in a single location, and its architecture is unique in the region. 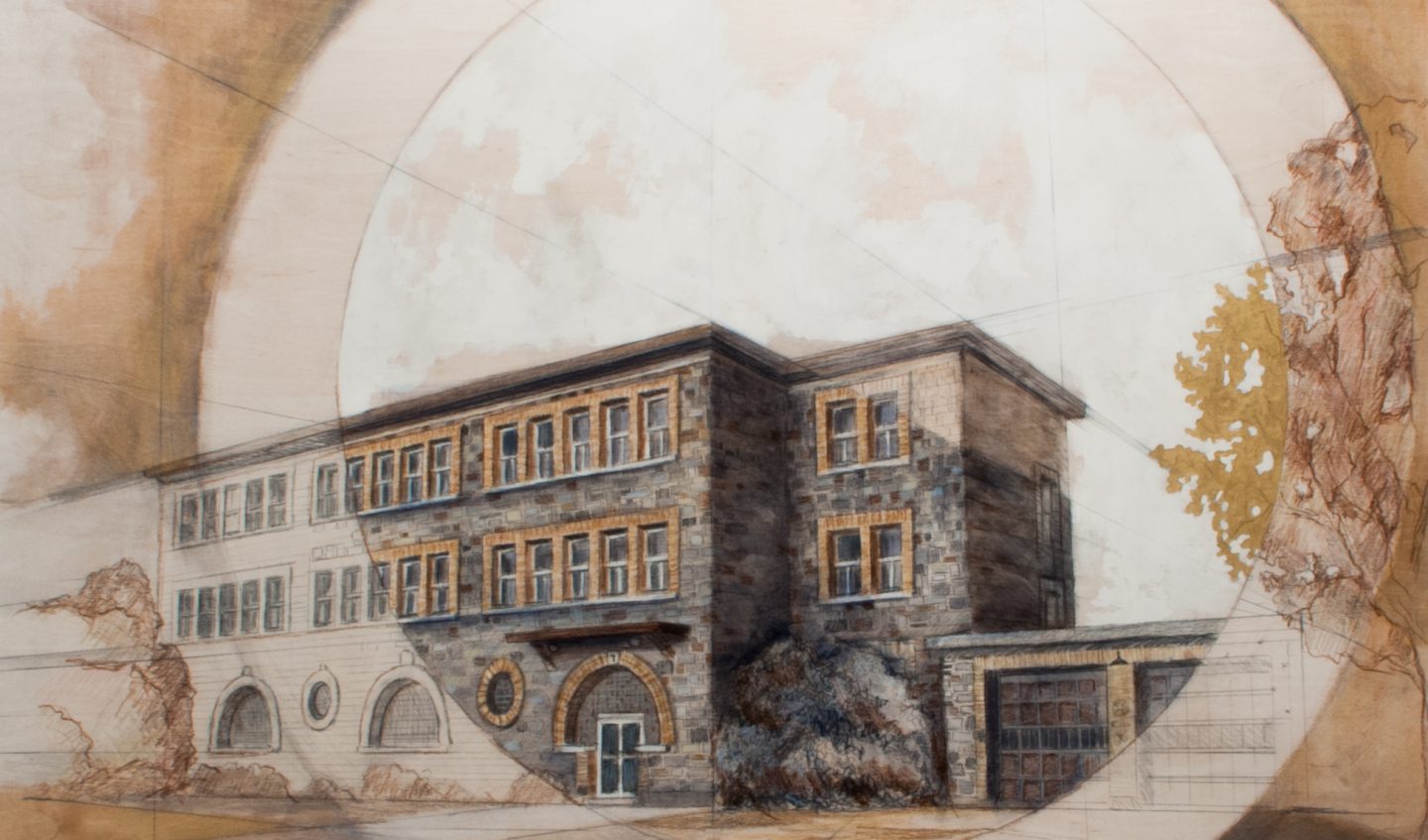